The Irish have had an enormous impact on the literary world, certainly considering their relative small population. Their influence did not go unnoticed, with four writers receiving the Nobel Prize for literature, namely William Butler Yeats, George Bernard Shaw, Samuel Beckett and Seamus Heaney. A great legacy indeed, and one of the literary areas these contributions were made the most was in drama. The 20th century was a golden age for drama in Ireland and it was also the century where Ireland went from oppressed colony of Britain to confident member of the European Union and the theatrical world reflected that change. Some famous writers are not included, some because they’re primarily known for different modes of literature, like the poet W.B. Yeats, or were just a bit too early, like Oscar Wilde (read more about his work here and here). So this list is not a list to define which plays are the best but is intended for people who want to dip their toes in the water, so to speak. Plot summaries are kept to a minimum to avoid spoilers. So without any further explanation, here are some of the works that both show the Irish mastery of drama and the progress Ireland made in the 20th century.

George Bernard Shaw is one of the many famous Irish expatriates who sought fame and fortune outside of Ireland. Like his famous countryman and fellow dramatist Oscar Wilde, he did not use his homeland, except for in one of his plays. John Bull’s Other Island

is a satire of both the occupiers and the oppressed. 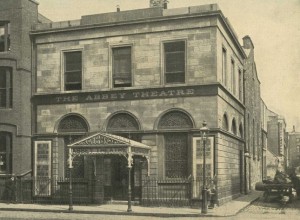 The play was commissioned by W.B. Yeats as opening piece for the legendary Abbey Theatre in Dublin, but it was rejected by the great poet for being too complex and overly long. A shame, because Shaw really hit it home with this play. It tells the story of expatriate Larry Doyle who journeys back to his homeland with his employer Tom Broadbent, a man with grand delusions about the Gaelic way of life. Broadbent is portrayed as the typical Englishman; Harmless at first but ruthless in the way he does business. His greatest adversary is former priest Peter Keegan, who is still referred to as father by everyone around him and one of the greatest characters Shaw ever devised. Smart, cunning, honest but fallible. Plus, the good father takes part in one of my favorite dialogues in drama:

THE MAN. An is that yourself, Misther Grasshopper? I hope I see you well this fine evenin.
THE GRASSHOPPER [prompt and shrill in answer]. X.X.
THE MAN [encouragingly]. That’s right. I suppose now you’ve come out to make yourself miserable by admyerin the sunset?
THE GRASSHOPPER [sadly]. X.X.
THE MAN. Aye, you’re a thrue Irish grasshopper.
THE GRASSHOPPER [loudly]. X.X.X.
THE MAN. Three cheers for ould Ireland, is it? That helps you to face out the misery and the poverty and the torment, doesn’t it?
THE GRASSHOPPER [plaintively]. X.X.
THE MAN. Ah, it’s no use, me poor little friend. If you could jump as far as a kangaroo you couldn’t jump away from your own heart an its punishment. You can only look at Heaven from here: you can’t reach it. There! [pointing with his stick to the sunset] that’s the gate o glory, isn’t it?
THE GRASSHOPPER [assenting]. X.X.
THE MAN. Sure it’s the wise grasshopper yar to know that! But tell me this, Misther Unworldly Wiseman: why does the sight of Heaven wring your heart an mine as the sight of holy wather wrings the heart o the divil? What wickedness have you done to bring that curse on you? Here! where are you jumpin to? Where’s your manners to go skyrocketin like that out o the box in the middle o your confession [he threatens it with his stick]?
THE GRASSHOPPER [penitently]. X.
THE MAN [lowering the stick]. I accept your apology; but don’t do it again. And now tell me one thing before I let you go home to bed. Which would you say this counthry was: hell or purgatory?
THE GRASSHOPPER. X.
THE MAN. Hell! Faith I’m afraid you’re right. I wondher what you and me did when we were alive to get sent here.
THE GRASSHOPPER [shrilly]. X.X.
THE MAN [nodding]. Well, as you say, it’s a delicate subject; and I won’t press it on you. Now off widja.
THE GRASSHOPPER. X.X. [It springs away].
THE MAN [waving his stick] God speed you! [He walks away past the stone towards the brow of the hill. Immediately a young laborer, his face distorted with terror, slips round from behind the stone.]

The man is only identified as Father Keegan when a laborer named Patsy calls him by his name and truly thinks the former priest can talk to animals. It is up to Keegan to explain the whimsy that Shaw inserted in the beginning of Act 2. Shaw doesn’t pull his punches when it comes to depicting his fellow countrymen. They are as flawed as the antagonist Broadbent, which makes Yeats choice to turn this play down as a premiere piece for the new Irish theater more understandable, but still a missed opportunity. The language is a treat as well, with Shaw writing the characters as he hears them, making for a wonderfully rich literary experience. A must read or, if you have the chance, a must see. 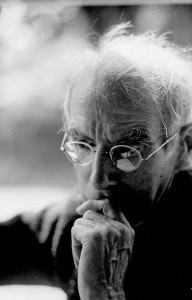 , which is regarded in Ireland as one of the most important plays in Irish culture. It tells the story of “Captain” Jack Doyle who basically has all the bad qualities of a stereotypical Irishman: A work shy drunk who spends most of his time telling grand tales about his days as a merchant seaman. O’ Casey works in the struggles of Irish independence through son Johnny who lost his arm in the war for Independence. Despite Ireland’s Independence from Britain in 1922, all bad things still come from England in the shape of the solicitor Mr. Bentham, who at first has good news. The Doyle family has inherited some money. Jack, being as careless as ever, takes this good news a bit too well and it isn’t for long until the family is in quite some debt. O’Casey truly captures the problems of his times in this heartfelt drama that is quintessentially Irish in tone, theme and character.

Less Irish in appearance is what some call the most important play of the 20th century. Waiting for Godot

was written by the Parisian Irishman Samuel Beckett and is the only play on this list that does not specifically take place in Ireland. The names in it are also not Irish, such as the two drifters Vladimir and Estragon, who stand by a tree waiting for a man called Godot. What makes the play quintessentially Irish, however, is Beckett’s use of language and cadence, which productions from around the world interpret by giving the two leading men a typical Irish brogue. To explain what Waiting for Godot is all about is impossible. What can be said is that there are many theories where Beckett’s inspiration came from. First of all, the title is said to have come from a cycling race, where after seemingly everyone had passed the finish line, the audience was still waiting. When Beckett asked why they were still standing by the side of the road, one of the spectators replied that they were waiting for Godot. Another claim for the inspiration for the two tramps is said to have come from friend and father figure Jack B. Yeats’ (brother of W.B.) painting The Outsider. Other explanations, ranging from the Cold War, the second World War and Jungian archetypes are all viable options for the play that was called in a favorable review by Vivien Mercier “a play in which nothing happens…twice”. 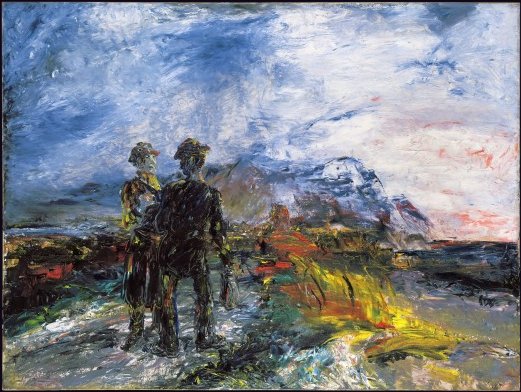 The Outsider by Jack B. Yeats

For more on Beckett, why his characters seem so stilted or unborn, check out our article about his obsession for the letters M and W and the role of his mother.

is a largely unsung masterpiece that should be read by everyone in this vastly changing and anglicized world. It tells the story of students and a teacher of a hedge school that are forced into using the English language by British laws. All the place names are anglicized and an English speaking school is being built to replace to old hedge school with its focus on the classical world and the Gaelic language. Most of the play is performed in English, but some of the English characters can not understand the Irish ones and vice versa. Friel brilliantly shows that the barriers of culture go beyond language and what a crime it was for the English to actively plot to destroy the Irish way of life. Both an indictment to notions of cultural superiority and a love song to a culture that is now largely lost.

, (2012) but he first found his footing as a storyteller in drama and The Beauty Queen of Leenane

shows the dark sense of humor intertwined with real tragedy that he would be famous for in his cinematic exploits. It tells the story of 40 year old Maureen Folan who takes care of her spiteful manipulative mother Mag in early nineties Ireland. Maureen’s sisters managed to escape her fate by marriage, but Maureen is not mentally stable and ends up trapped in the same house, buried under guilt and misplaced sense of responsibility. Then a romance beckons between her and construction worker Pato Dooley, who works in England. Will Maureen escape her family prison or will her mother stand in the way of happiness yet again? A harrowing tale that deftly shows how far and few the options were in Ireland even in the early nineties. 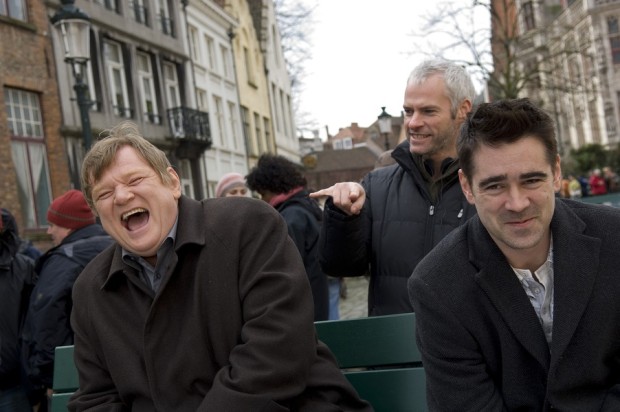