Most people outside of the Netherlands and Flanders are familiar with Dutch literary works through their cinematic adaptations. The Dutch film industry was never shy with borrowing from the literary world and with great and sometimes even Oscar winning success.  Despite this exposure, the literature on which these films were based did not have similar widespread appeal abroad. A shame, because Dutch literature has a lot to offer. To be clear, this is not a list that showcases the best Dutch novels but, as the title suggests, an introduction to Dutch literature, and that of the 20th century to be precise. This also means that recent success stories like Herman Koch’s The Dinner (Het Diner, 2009) are excluded. This does not mean that they are not worthwhile. I just wanted to write an article that showed the classics I grew up with and are still being taught in schools up to this day.

Is it complete? No, no list ever is. For Instance, I would have loved to have added Gerard Reve’s debut The Evenings (De Avonden, 1947) but it turns out that there is no English translation of this, or any other of his Dutch novels, available. So the choices were somewhat limited. But despite this, here are my recommendations for the literary enthusiasts with a craving for some Low Countries Literature. 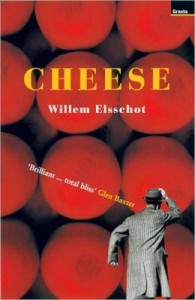 Cheese was written by Flemish author Willem Elsschot, a pseudonym of Alphons de Ridder, and is great start to gain a better understanding of both Flemish and Dutch culture. The novella tells the story of Frans Laarmans, a perfectly content clerk working for the General Marine and Shipbuilding Company who is talked into taking leave from his job to start selling cheese by his rich friend Schoonbeke. The book shows brilliantly how changing because of concern with what other people think of you leads to nothing. Laarmans can’t change who he is and all attempts at a different life are in vain, not because it is impossible to change your position in life, but because it is folly to try to change who you are. The story takes place in Antwerp and besides a good indication of Flemish life, Laarmans’ trip to the greedy Dutch trickster merchant who sells him a criminal amount of cheese is brilliant exposition of how the Dutch can be perceived by their Flemish neighbours. Hilarious and deeply human, Cheese is a novel to treasure.

Eric in the Land of the Insects (Erik of het Klein Insectenboek, Godfried Bomans, 1941)

This hilarious and charming fairytale tells the story about a boy called Eric who gets sucked into a world with talking insects while studying for a biology test the next day. Written by the Dutch satirist and television personality Godfried Bomans, Eric in the Land of the Insects showcases all the different elements of Dutch society by anthropomorphizing all the insects. Eric astounds the Insects with his knowledge of their behaviour, which he learned from his schoolbook. Suddenly no one dares to do anything without confirming that they are supposed to do it according to the book and the intricate Insect society grinds to a halt. Like Cheese before it, Eric in the Land of Insects also tries to show that you should do what you are born to do.

The Second World War was never far away in Dutch literature in the decades following it. Understandably, considering the huge impact five years of Nazi occupation must have had on the lives of everyone, but people born after the war became overfed on stories from a war they themselves luckily escaped from. The best novel dealing with the horrors of war and the duality of man during the war is W.F. Hermans’ The Darkroom of Damocles. It is about a young man called Henri Osewoudt who is recruited for the resistance by his look alike, a man by the name of Dorbeck, with the intent to commit murders. Osewoudt complies, but is he really fighting the good fight or is he in way over his head? Hermans layers his story with an expert hand, throwing the reader off at every turn and turning what could have been a run of the mill resistance story into a psychological masterpiece.

Most people know of this story through Paul Verhoeven’s brilliant 1972’s adaptation, but the book is worth checking out because in Wolkers’ original the psychological struggle the protagonist Erik goes through is far more prevalent than in the film. Erik’s mission in life after the break up with Olga is to reclaim that feeling he had when they were together. Like many works of art from the late sixties, early seventies, the novel (and the film) is highly erotic, so it’s is not for everyone. Some critics wrote it off as a little book of smut, but that is not fair. Buried under the descriptions of hedonism lies a moving love story between a man and woman who did not know what they had until it was too late.

Another novel that has its roots in World War Two, The Assault sets a scene were bad luck and the selfishness of human nature can lead to a life ending and life changing experience. The story begins in wartime Haarlem with a family playing an innocent game of Ludo when a member of the NSB, a Dutchman working for the Nazi’s is shot dead in front of their neighbours’ house. The Nazi’s were known to punish the people closest to an assault, so the neighbours move the body over to the family’s house. The oldest son Peter tries to move the corpse back, but the Germans arrive and the family’s house is destroyed, the oldest son flees and the youngest son Anton, the protagonist, ends up in a police cell. The rest of the novel, Anton tries to reconcile with the horrific events that took place that evening.

A change of pace from the realism of the other novels, Bernlef’s masterpiece tells the gripping story of a man slowly succumbing to Alzheimer’s disease. The brilliance of the novel is that it is told from a first person perspective from a man who at first does not know that his memory is failing him. Bernlef writes the thought process of his protagonist Maarten Klein in a stream of consciousness that reminded me of the work of Woolf and Joyce and it’s really something to behold. Not as widely known outside the Dutch language area as some of the other novels, this is mandatory reading for everyone, considering most of us will be confronted with this horrible affliction through our friends or family or ourselves.