Earlier this week, the Van Gogh museum in Amsterdam revealed a previously unknown and unsigned work by the Dutch painter. Sunset at Montmajour, as the painting is called, spent most of its life in a Norwegian attic. It was first bought by industrialist Christian Nicolai Mustad, who believed it to be a Van Gogh until he became convinced it was actually a fake or a work by a different artist, persuaded by either the French ambassador to Sweden or the Norwegian consul to Paris (either way, don’t trust diplomats). The painting was then stored until Mustad’s death in 1970. Since then it was twice tested and rejected, including once by the Van Gogh Museum in 1991. Now, with improved authentication techniques and the discovery of a reference to “a stony heath where very small, twisted oaks grow, in the background a ruin on the hill, and wheatfields in the valley” in a letter by Van Gogh to his brother Theo, the painting has been conclusively verified. 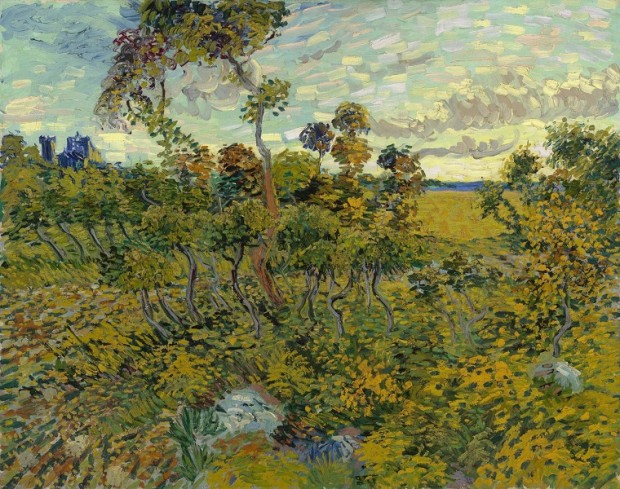 While the discovery of a lost Van Gogh has sent the whole art world in a flurry of excitement, such discoveries are actually not that rare. Every year, paintings are found in attics and basements, behind couches, walls and other paintings, or are revealed to have been misattributed or wrongly assumed to have been fakes. Granted, most of these are not by the most famous of painters nor will they fetch millions at auctions. However, sometimes an old master surfaces. Below are a few of these discoveries from recent years.

Artist, mathematician and inventor Leonardo da Vinci was the creator of the Mona Lisa, the most famous and arguably most valuable painting in the world. Any discovery of an unknown work by the quintessential Renaissance Man is bound to be met with much excitement, scrutiny and scepticism. The last few years have seen not one, but four possible Da Vinci paintings discovered. One of these is Salvator Mundi, long thought to be a work by one of Da Vinci’s students or peers. It was sold in 1958 for £ 45. At present it is valued at around $ 200 million. 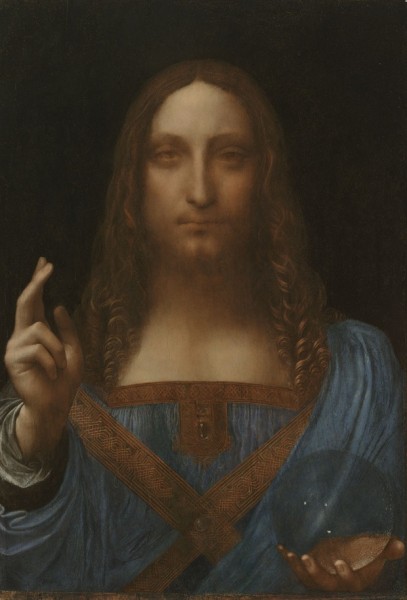 Other recently discovered works by Da Vinci include La Bella Principessa, originally thought to be by a 19th century German painter, Madonna and Child, found in a Scottish farmhouse, and a portrait of a man which is believed to be a self-portrait by Da Vinci. One of the ways in which experts verified the self-portrait was with fingerprint analysis. On the back of the painting they found a fingerprint which matched one found on another of Da Vinci’s paintings, Lady with an Ermine.

Experts do not always agree on the authorship of a painting. This is evident in the fact that paintings are often attributed to the wrong or an unknown artist. One such painting is this one depicting Saint Augustine, now commonly thought to be a work by Caravaggio. However, there are some who doubt this claim because the style of the work differs from the bold chiaroscuro style of Caravaggio. Even those who believe that Caravaggio did paint the work noticed the differences, one describing it as “not as drastic and antagonistic as usual”. 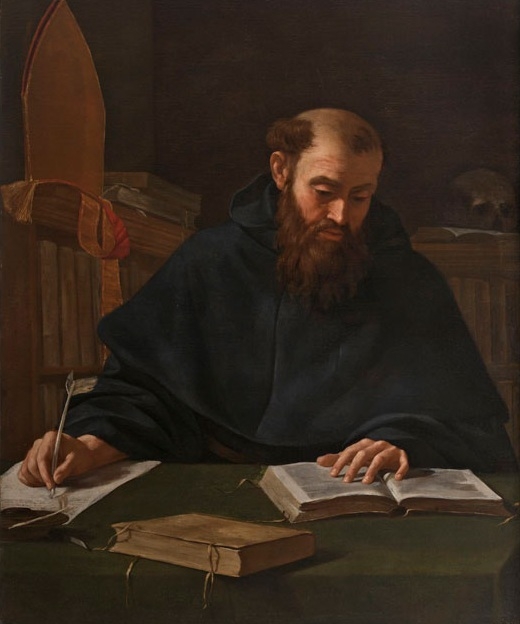 Even more recently about a 100 paintings believed to be made by Caravaggio have been found. They are part of a collection of the works of Simone Peterzano and his pupils, of which Caravaggio was one. Their authenticity has yet to be determined.

In 2003 in the UK, the Public Catalogue Foundation (PCF) was established with the purpose to make a record of every oil painting in the country and making them available for everyone online. In their efforts, they stumbled upon a previously unknown work by Flemish painter Anthony (born Antoon) van Dyck, who had great success as a court painter for King Charles I, producing portraits of the king, his wife Henrietta Maria and many courtiers. The painting discovered by the PCF is of Olivia Boteler Porter, a lady-in-waiting to the queen. It is not the only recent Van Dyck discovery. A portrait of Queen Henrietta Maria and three other paintings were found in last few years. 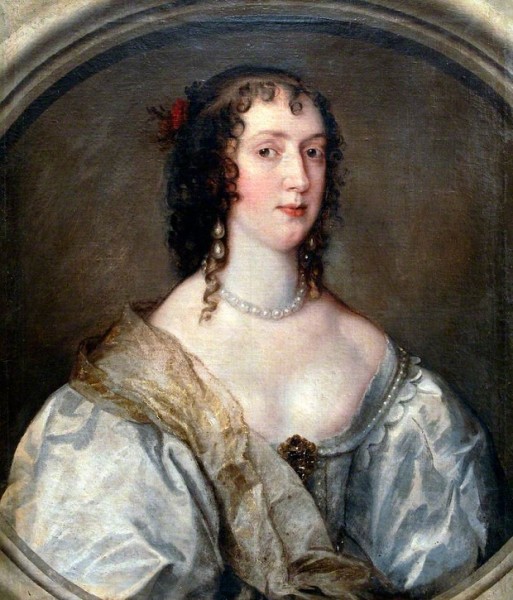 Best known for his iconic The Great Wave off Kanagawa, which depict two small boats about to be engulfed by a large wave with Mount Fuji in the background, Katsushika Hokusai was a 19th century Japanese artist. During an exhibition in 2011 two previously unknown works were presented. The first, Young Beauty Holding her Kitten is likely a commissioned work, made in an earlier period when the artist was more commercially minded and actively seeking for employment. Dragon in Clouds on the other hand is from a later period, from a series of dragon and cloud paintings Hokusai drew as a religious exercise.

Renoir – Landscape on the Banks of the Seine

Sometimes a painting should never have resurfaced. In 2012 a woman claimed to have bought a Renoir painting called Landscape on the Banks of the Seine for $ 7 at a flea market. She said she didn’t know that the painting was an actual Renoir until she had it appraised. The painting was about to go up for auction when a reporter discovered that the painting was in fact stolen from the Baltimore Museum of Art back in 1951. The woman’s claims were further undermined by family and acquaintances saying that the painting had been in the woman’s mother’s possession for decades. The fact that the mother is a painter herself, “specialized in reproducing the pieces of several famous artists, including Renoir” makes it all the more intriguing. Did the mother steal the work, bought it from those that did, or forge it? The FBI is on the case. 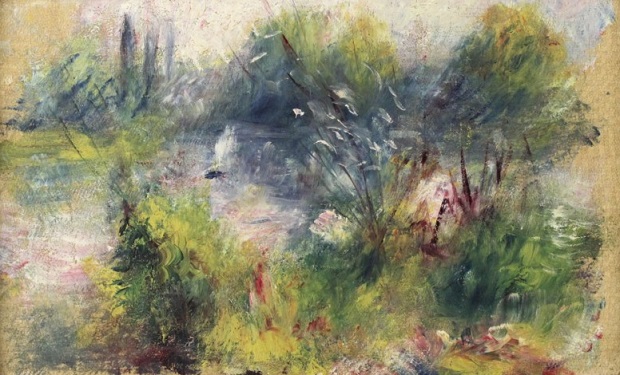 So, you live in Buffalo, New York, and have a painting depicting Mary mourning over the dead body of Jesus. You jokingly call it “The Mike” because family legend has it that it was painted by Michelangelo. After you accidentally knock it off the wall with a tennis ball, you decide to wrap the painting up and stuff it behind the couch. Twenty or so years later you decide to see if there’s any truth to the family legend. You contact an Italian expert who is quickly convinced the painting is the real deal. He tells you it might be worth up to $ 300 million.

You store the painting in a bank vault. 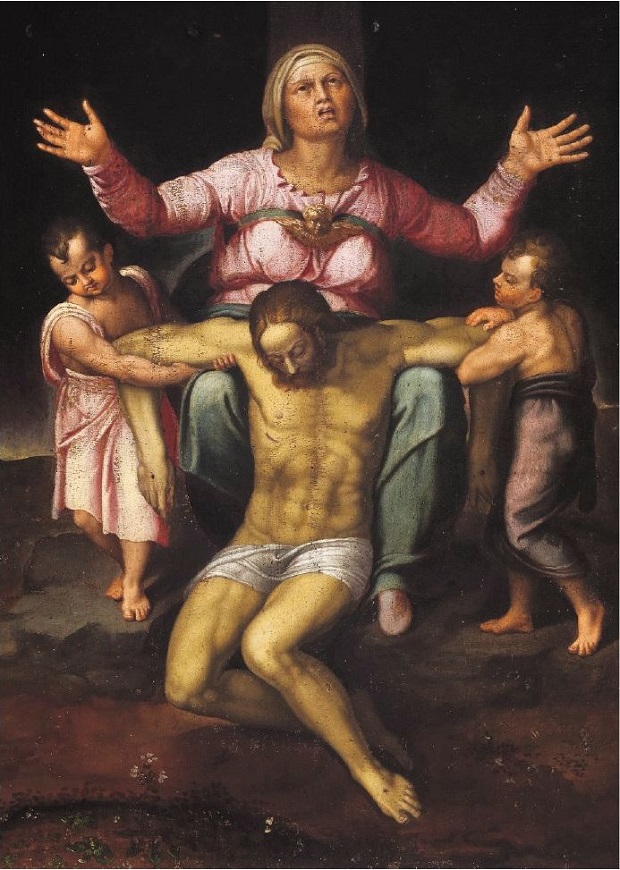