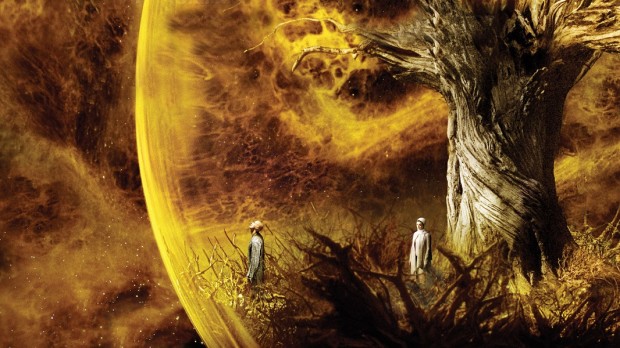 One of the reasons we started The Culture Counter was to show people works of art we really love. This is easy when these works are universally acclaimed, but for us it is more interesting to honor works that polarized critics and audiences in the past. One of the films that split the critics the most the last couple of years was Darren Aronofsky’s 2006 film The Fountain, with a Rotten Tomato score of 51%, leaving a blot on Aronofsky’s otherwise stellar career. But is this justified? As you may have guessed I disagree. I would like to go even further in saying that I consider it his most daring film, dealing with all the issues Aronofsky touches upon in his other films, but daring to go further. This however does not mean that I don’t appreciate his other films. The criticism aimed at the other films is not to chastise what they are, but a mild disappointment in what they could have been.

But back to the film at hand. The Fountain

tells the story of two lovers Tom and Izzi, played by Hugh Jackman and Rachel Weisz, in three different periods: the time of the Conquistadors, present day and finally the future. In every period Tom needs to save Izzi. The three story-lines are connected by Aronofsky through similar color schemes, reoccurring themes and match cutting, using Biblical and eastern imagery. For the sake of spoilers no further details of the plot is given, but the overarching theme can be described with one word: Obsession. But to understand the film fully some background information is required.

From great success to troubled waters 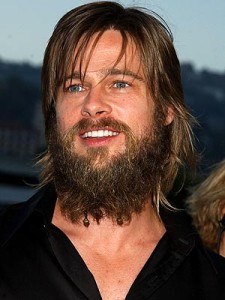 After the enormous success of Requiem for a Dream, Aronofsky finally had the chance to spread his wings with a big budget science fiction film (around $70 million, not counting inflation). Actors Brad Pitt and Cate Blanchett signed on and production was on its way. With those problems out of the way, a new problem arose. Pitt, who made good use of the delays by growing an impressive beard opted out of the film to work on Wolfgang Petersen’s stinker Troy.

This proved fatal for an already troubled production. The sets that were built were auctioned off. But this didn’t stop the young director. After trying to find a different project, Aronofsky decided to rewrite the script to fit a smaller budget and six years after Requiem for a Dream the version we know today hit the cinemas and bombed at the box office. Suffering from fierce competition from the likes of Casino Royale and Happy Feet, it didn’t even make back half of the production costs. The film critics sure didn’t help as they couldn’t agree on whether it was a masterpiece or overambitious pretentiousness.

Maligned at release, the film eventually found an audience, but still too many people haven’t seen it or only think about the bad press it got from the troubled production and release. Which is a shame, because The Fountain exemplifies Aronofsky’s work the most and to me is the only film where he dared to experiment. From his debut Pi onwards the main theme of his films is obsession. In Pi it was math, in Requiem for a Dream drug addiction, in The Wrestler not surprising wrestling and finally in Black Swan it’s ballet. All of his films are also structured in an almost obsessive way, especially in Requiem for a Dream where every time they take a shot, the same sequence is shown

The structure of the film is also very constrictive. Don’t get me wrong, I was really impressed with certain aspects of Requiem for a Dream, but to me the director got in the way of the story. The same applies to The Wrestler. The acting in the film is fantastic, the story is gripping, yet I couldn’t help but get annoyed by how often Aronofsky shot Mickey Rourke from the back. The director even said in an interview that Rourke’s back was very photogenic and he had to refrain himself from shooting more. But the most defining moment in understanding why I loved The Fountain more than his other films came after I saw Black Swan and this scene in particular. There the choreographer Thomas (Vincent Cassel) explains to Nina (Natalie Portman) that she will never be a true artist if she doesn’t learn how to let go. A pivotal scene in understanding Aronofsky as an author of cinema, because he is too often trapped in the brilliance of his own mechanics: the cut scenes, the visual themes.

With The Fountain you finally see him letting go at the end, not to drive the audience to one inescapable conclusion, but to let them think for themselves. He dares to do with The Fountain what Nina has to do to be chosen as the lead dancer. While his other films, as impressive as they can be emotionally and visually, can be a bit straightforward story wise (especially Black Swan which is a direct lift from Perfect Blue), The Fountain dares to ask questions about human nature instead of answering them. So if you haven’t seen The Fountain yet, do try it sometime. It shows a brilliant filmmaker at his most ambitious and it gives something that is very rare in cinema these days, a sense of wonder.