In the first part of the article on the technical storytelling in film, I focused on the aspects of film and sound. In this second part, I continue with colour and lenses.

Contrary to popular belief, colour has been an integral part of cinema since the beginning. But the films had to be coloured by hand, which was a cumbersome process. The inescapable Méliès, for example, had a few prints of his masterpiece, Le Voyage dans la Lune (The Voyage to the Moon, 1902) colourized, which looked something like this:

(for a link to the black and white version, check part 1 of the article)

The upside of all this donkey work is that it led to some beautiful interpretations of existing work, making every print unique. One of the first steps in mechanizing the colourization of film, achieving the colour we take for granted today, was the use of Technicolor. The first steps were already made in 1916, but it really came into its stride with the 1935 film Becky Sharp which was the first feature film to use the three strip technique used in the decades to come. 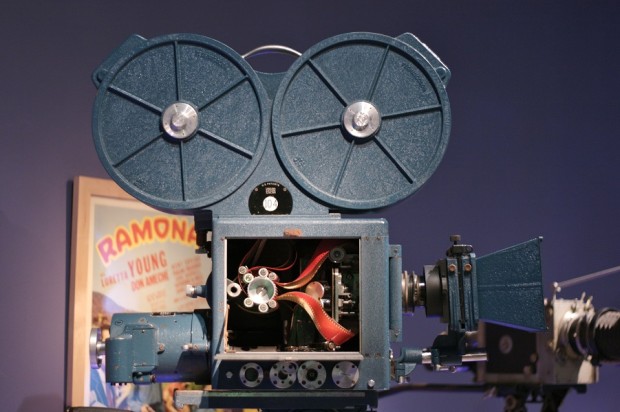 You can see why they call it “three-strip Technicolor”

There are some great sites that cover this subject better than I ever could, so if you want to know more about the technical side of colour film, check out this site.

But how did the availability of colour affect storytelling? Again, the use of the technique starts prosaic, but later is used to brilliant effect by true artists. The most famous early example is The Wizard of Oz (1939). Here the drudgery of the real world Kansas is shown in a sepia black and white, while the fantastical land of Oz is seen in beautiful Technicolor. 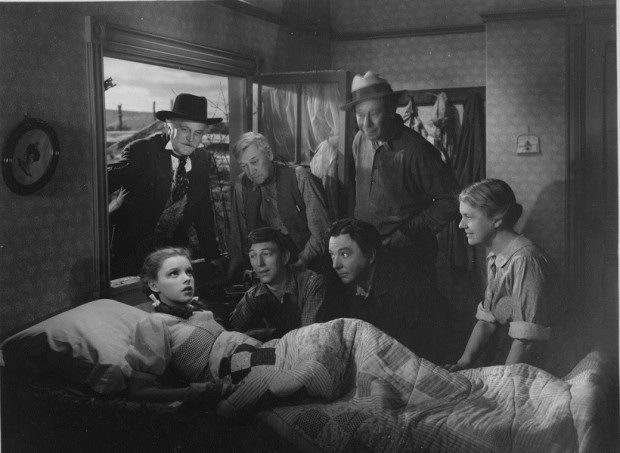 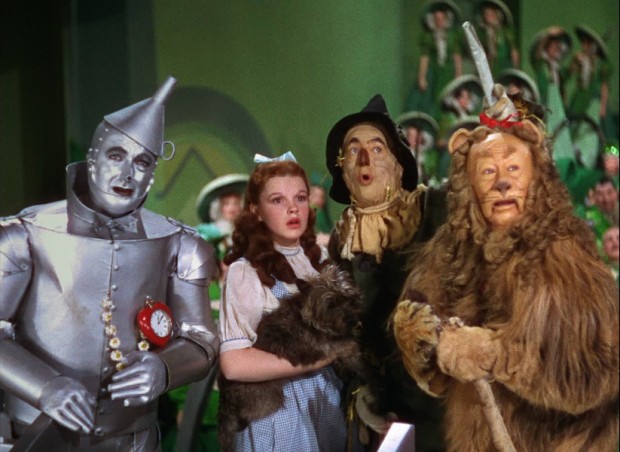 The story lends itself beautifully to the use of colour with elements like the yellow brick road and Emerald city, but that was not enough for the producers. The use of colour was so important that they even changed aspects from Frank L. Baum’s original, turning the silver slippers into ruby ones to show what the technique was capable of. The film was a massive hit and became one of Hollywood’s most enduring classics. Changing the colour of the slippers turned out to be a masterstroke. The shoes became synonymous for the movie’s magic and were inducted into the Smithsonian. 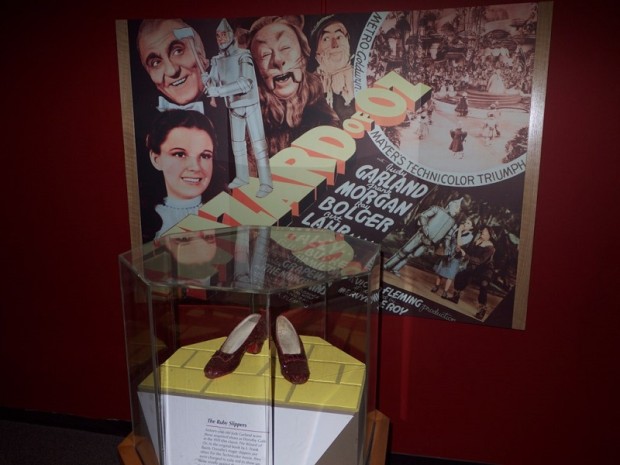 It is impossible to properly discuss the use of colour in film without at least a nod to cinematographer Jack Cardiff and his work for Powell and Pressburger in particular. In the classic film A Matter of Life or Death (1946), World War 2 pilot Peter Carter (David Niven) must argue for his life in a celestial court. Just like in The Wizard of Oz, there are parts that use colour and parts that are black and white, but the use of it is reversed. This distinction works wonders for the film, demonstrating the chaos of life with gorgeous Technicolor and showing how clear everything is in the afterlife with sombre, understated black and white. 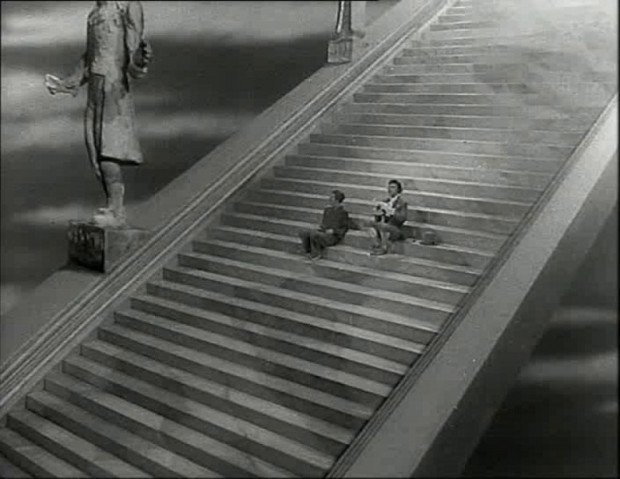 Cardiff would win an Academy Award the year after for the equally brilliant Black Narcissus (1947), but his masterpiece remains The Red Shoes (1948), a film that still seems fresh and new after 65 years and is considered by Martin Scorsese as his most favourite film.

A more recent example of the use of colour can be found in Steven Spielberg’s Schindler’s List (1993). Spielberg wanted to give a face to the millions of people who died in the gas chambers and his idea was as poignant as it was masterful. He gave them a symbol in the shape of a young Jewish girl with a red coat. He added emphasis by shooting the rest of the film in moody black and white and made the character a turning point in the life of the protagonist Oskar Schindler. Although I’m not an undivided fan of Spielberg’s work, this film can only be categorized as a masterpiece and a perfect marriage of story and form. What made this way of storytelling possible was a new tool for colouring, the computer.

Pleasantville (1998), which was made a mere five years later, would fully use this new technology by mixing black and white with colour in the same scenes. Again colour stands for the real world, just like with A Matter of Life and Death, and monochrome this time not representing the afterlife, but a 1950’s sitcom world where everything is clear-cut and simple.

Although the way lenses are used is always important I wanted to give credit to three films that truly stand out. First of all, Vertigo (1958), one of Alfred Hitchcock’s greatest films and so groundbreaking the dolly zoom is now known as the Vertigo effect.

Vertigo tells the story of detective John “Scotty” Ferguson (James Stewart) who becomes obsessed with a woman. It also becomes clear that he is afraid of heights and Hitchcock’s use of the dolly zoom beautifully illustrates how he feels.

In Sidney Lumet’s 12 Angry Men (1957) the use of lenses is more subtle, but equally masterful. Considering most of the story takes place in one room, Lumet had little to work with to define how the characters feel. So what he decided on was to use wide angle lenses above eye level at the beginning of the film, indicating a sense of freedom, and as the film progressed moving towards telephoto lenses, shooting from below eye level to give the idea of claustrophobia and despair. 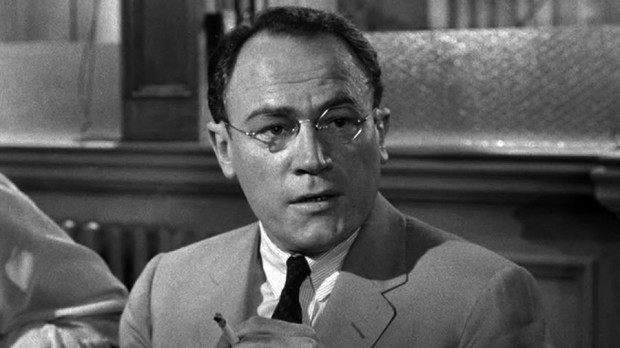 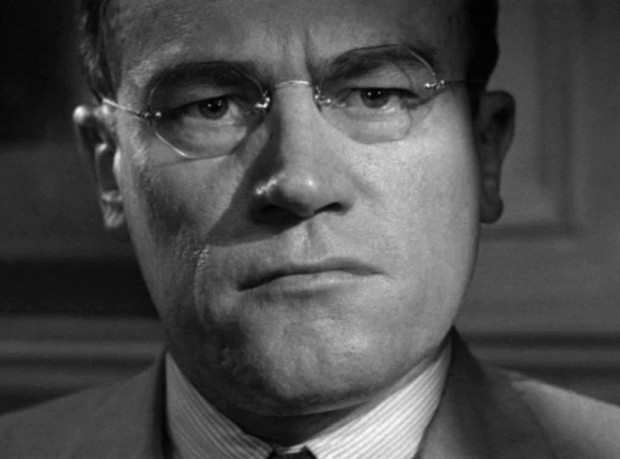 Finally a nod to probably the most famous use of lenses in cinematic history. Stanley Kubrick, unsatisfied by the lenses available to him to shoot his Napoleonic epic Barry Lyndon (1975), turned to NASA for help. They were more than happy to help and supplied him with lenses with an unprecedented f-stop of 0.7, making it possible for Kubrick to shoot by using candle light only. An enormous leap in technology from the lenses Jack Cardiff had to use with Black Narcissus, where the equivalent of 800 foot candles were needed to shoot through the three strips to achieve that beautiful Technicolor. Kubrick used these lenses to great effect, capturing the true essence of an age lit by candles.

For a full understanding how far Kubrick’s obsession with achieving his look was, check out the video below.

Click here for the third part of this article.