I haven’t seen Pacific Rim. A strange way to start an endorsement, I know. But this article does not try to defend the artistic elements of the film, but what it stands for in Hollywood. It is a test of where big-budget filmmaking can go if the talented people get to do what they love. This film could herald in a future with more chances for talented filmmakers with an original voice and message. To fully comprehend why Pacific Rim is so important, it is essential to understand the current situation of the film industry and how it solved similar problems in the past.

On the surface it seems that Hollywood has escaped the piracy malaise the music industry has fallen prey to. There are now sixteen films that are members of the once elusive billion dollar club, twelve of which premiered within the last five years. Everything seems hunky-dory then, so why are people like George Lucas and Steven Spielberg claiming that Hollywood is going to implode? Two words: risk avoidance.

The main reason that Hollywood is only marginally affected, is that they minimized risk by only choosing big films that have built-in audiences, such as with sequels, books and, most importantly, comics with a built-in audience so that the films can make their money back in a matter of days. I’m not saying that this is necessarily a bad thing. Some of my favorite films are adaptations of some sort. Sometimes I consider the adaptation to be even better than the original. But in the past there were enough screenplays developed exclusively for the silver screen to keep things interesting. Nowadays, almost all summer films are based on existing franchises and the movie going public is starting to notice. Another problem is that these films are so expensive, with budgets running into hundreds of millions of dollars, that studios are making fewer movies. Ironically, by trying to avoid risks as much as possible, but also trying to keep the competition at bay, studios are constantly laying all their eggs in one basket. So far, the gambles are still paying off, but Spielberg and Lucas are worried that a string of flops could bring the entire system down. 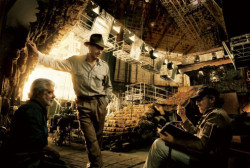 Lucas, Ford, and Spielberg on the set of The Kingdom of the Crystal Skull (2008)

There are some that find this outcry by two of the most powerful film directors in Hollywood hypocritical. Spielberg recently proved his artistic relevance with the wonderful Lincoln

(2012), but is also responsible for the production of the dreadful Transformers films. George Lucas himself is considered a mere shadow of the man who revolutionized the film industry with Star Wars: A New Hope

(1977). And if you let them combine their forces the end result is Indiana Jones and the Kingdom of the Crystal Skull

(2008). I understand and for the most part agree with these sentiments, but it cannot be denied that they have a point.

This is not the first time the film industry has been in danger of facing an implosion. The current situation can be compared to the 1950’s when movies suddenly had to compete with home entertainment in the form of television. The reaction of the industry was very similar. They turned to enormous productions full of spectacle and tried to lure people with technological advances like 3D (yes, even then), smell-o-vision (less successful) and, most importantly, wide-screen. Before the advent of television, the academy aspect ratio 1.33:1 (or 4:3) was used for almost 60 years straight for all the studio films. If you ever wondered why most televisions until well into the 1990’s were shaped the way they were, it was to show films that were shot to fit that standard. This all changed with the premiere of sword-and-sandal epic The Robe

(1953), the first film to successfully use wide-screen in the shape of cinemascope. 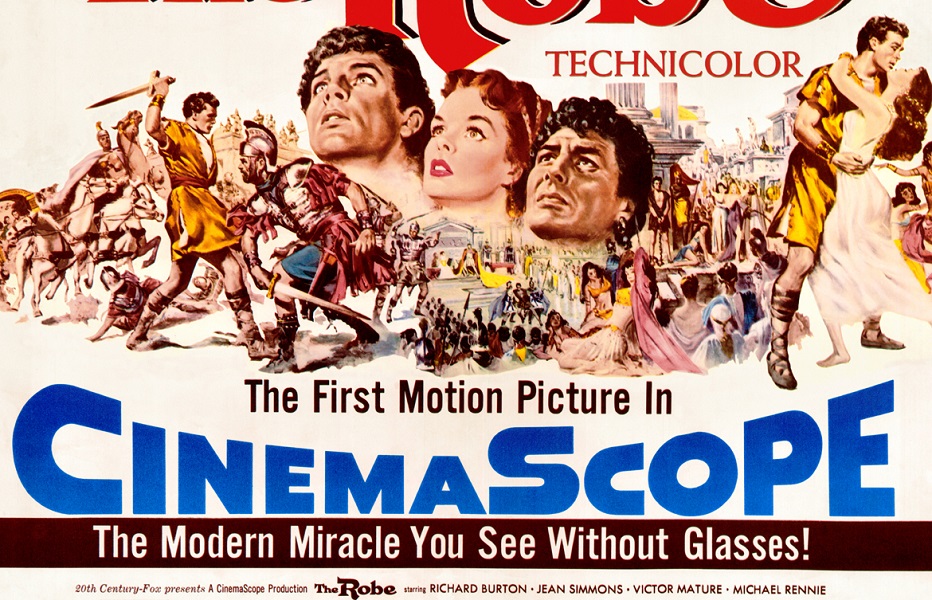 This strategy worked so well that after a few years the academy aspect ratio was only used in television. Movie theaters had something new to offer again. The problem is that this did not stop Hollywood from making the enormous productions until it screeched to a halt with the monumental flop Cleopatra

(1963). Soon after, the studio system collapsed and Hollywood experienced a new golden age when it switched to auteur-driven films. It took another enormous flop in the form of the underrated Heaven’s Gate

(1980) and the death of the United Artists studio to steer Hollywood in the direction where we are today.

I’m aware that I’m just scratching the surface regarding film history. For an in-depth analysis on the history of film including its socio-economic impact read Bordwell and Thompson’s Film History: An Introduction

If you look at this year’s summer line-up, a plethora of remakes, sequels and reboots can be found. There are only a handful of original films, one of them being Pacific Rim. Before I unleash an angry pack of nerds throwing the success of Super Robot stories in Japanese culture back at me, I want to explain my definition of “original film”:

A film with a screenplay that is specifically written for the big screen, without a built-in audience. 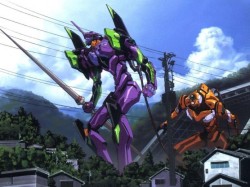 For example, if you would compare John Ford’s The Searchers

(1971) you wouldn’t call them unoriginal. They each have a different story to tell, but exist within the same we call the Western. The same principle applies to Pacific Rim. Yes, there are giant robots and yes the world is under attack, but without even having seen the film I know it differs greatly from others examples within the genre like Neo Genesis Evangelion

. That does not mean that the film disregards its roots. The news site Kotaku has a great article on this if you can handle SPOILERS.

Another element that sets Pacific Rim apart from the rest is its director, Guillermo del Toro. Unlike with many of this summer’s blockbusters, Del Toro is not the typical “director for hire”. He grew up in Mexico watching the Giant Robot shows and considers this movie a love letter to his childhood. Another reason why he is a strange choice at first glance is that this is Del Toro’s first real stab at the major league of film, with production costs running just south of the 200 million dollar mark. But they couldn’t have chosen a better person. Del Toro has such a unique visual style in his films and they always are full of heart. If you haven’t seen any of his films, check out The Devil’s Backbone 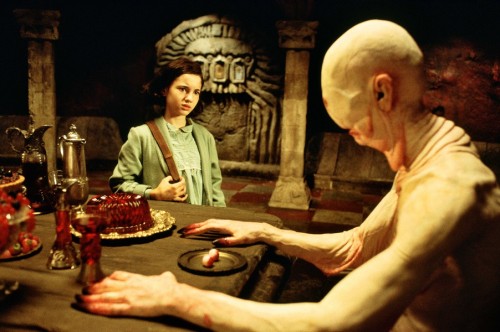 wowed critics and audience alike 13 years ago, Roman films were rushed in production. The sword-and-sandal epics were back, but not for long. Flops like Troy

(2007) killed off this short fad and Roman epics went out of style as quickly as they re-emerged. The people in power did not see that it wasn’t the subject matter that made Gladiator so successful but the fact that it was a great movie from a director at the top of his game. So, to answer my own question: no. One successful film does not a revolution make. But this could be the start of something new. And I mean really new. One of the greatest things about capitalism is that you can vote with your wallet. The choices you make now affect the future. So go see the films you still want to see in 5 or even 10 years’ time.

I would like to end with a quote from Del Toro himself. When asked his opinion about Scott Pilgrim vs. The World

(not an original film in the way described in this article, but a great film nonetheless) Del Toro infamously said:

“Anyone that didn’t see this is a motherfucker.”

He even signed a copy of the Blu-ray with that quote. The same applies to this film. You know what’s at stake.

Want to hear the opinion of someone who has actually seen the movie? Check out this review by Comic Book Girl 19. Astute as always and even a bit ecstatic.

Being part of a genre with a nerd following has its advantages. The film has barely reached the cinemas and this video was already made in its honour. Pretty funny and wonderfully made. The special effects kind off give it a Power Rangers vibe, but surprisingly in a good way.