Somewhere around 1977, John Carpenter asked fellow director Bob Clark if he would ever make a sequel to his 1974 horror movie Black Christmas

, which was about an anonymous stalker terrorizing and killing college girls in their sorority house. Clark, who was pretty much done with the genre, said he wouldn’t. When Carpenter asked him what he’d do if he would make a sequel, Clark sketched him the following story. The killer would have been caught and institutionalized. However, he would escape a year later, go back to the house and start all over. And he would call the movie Halloween. He was okay with Carpenter taking the idea and running with it, resulting in the 1978 slasher classic that inspired many other movies and is widely considered the first modern exponent of the genre. While Black Christmas has earned a certain standing among critics and horror aficionados, it is largely unknown to the general audience. This is a shame, as the movie that inspired Halloween

itself deserves a lot more credit.

When it was released in 1974, Black Christmas was far from successful. Critics’ reviews were scathing as well, with The New York Times calling it “a whodunit that begs the question of why it was made”. Variety meanwhile described it as “a bloody, senseless kill-for-kicks feature, exploits unnecessary violence in a university sorority house”. Over time, the movie has garnered more respect and somewhat of a cult following. To modern audiences, the story of Black Christmas may seem derivative. It contains elements that can be seen in dozens of other horror movies. However, it is Black Christmas that invented or popularized many of these elements. The story is quite simple and is centred on group of college girls during Christmas. While some are going home for the holidays, others prepare to spend Christmas together in their sorority house. For some time now, the girls have been receiving obscene phone calls. As the calls are becoming increasingly disturbing, one of the girls goes missing. The police are brought in to investigate. They conduct a search and put a tap on the phone. What they don’t know is that the killer has been in the house the whole time, hiding in the attic with the dead body of the missing girl. When they finally get a trace and realize the calls are coming from within the house, it’s already too late.

Bob Clark is by no means a great director. In fact, the quality of his work is all over the place. During a career that spanned 4 decades and over 25 feature films, he is responsible for movies that are good (A Christmas Story

, 1982) and downright horrible (Baby Geniuses, 1999 – yeah, we’re not giving you a link there). He is one of the few directors whose works could grace any one person’s lists of both best and worst movies of all time. In the early 70’s, he directed a few horror movies because of the simple reason that they were easiest to get funding for. It was clear, though, that Clark wasn’t interested in just doing straight horror. His 1973 movie Children Shouldn’t Play with Dead Things, for instance, is something of a parody of the zombie movie, playing for both shocks and laughs. Likewise, Black Christmas is so much more than just a horror movie. It is also a detective and a psychological thriller with strong elements of drama and comedy. This may contribute to the fact that it isn’t generally seen as an exemplary slasher movie like Halloween or Friday the 13th (1980). What cannot be denied is that it had a great influence on those movies and many that followed. It is at least partly responsible for many enduring horror movie tropes, such as the contained setting, the holiday theme, a mysterious stalker, the sorority girls, and using the killer’s POV to create tension. Naturally, Black Christmas itself was influenced by other films, such as of course Psycho and Peeping Tom (both 1960) and Italian gialli and American exploitation movies from the 60’s and 70’s. 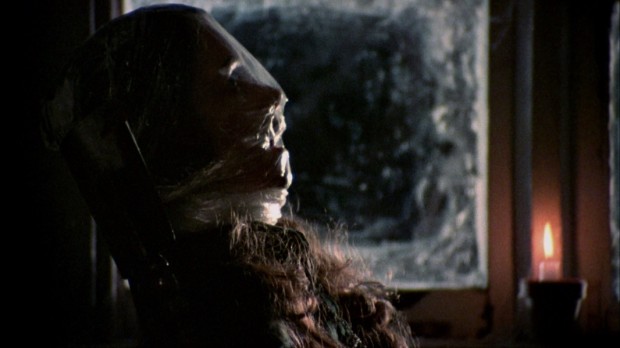 Just as interesting as the influence Black Christmas had on other slasher movies is the ways in which it differs from them. Unlike in many horror movies, its protagonists are portrayed as reasonable adults who make rational decisions. When the first girl goes missing, the others contact the police, who take them seriously and start an investigation. This is a far cry from the mindless idiots and bumbling cops who usually inhabit these kinds of movies. Clark expressly chose to portray the characters like this to counter the more prevalent portrayal in film of college students as foolish and childish. The movie also takes an adult approach to other elements, such as the sub-plot involving main character Jess (Olivia Hussey) and her boyfriend Peter (Keir Dullea). She reveals to him that she is pregnant and wants to get an abortion. Not only is this a very serious subject, it is something the two think about and discuss. Peter opposes her decision leading to him showing possessive and violent tendencies. He is played up as a possible killer, not so much for the audience, who know better, but for the other characters and especially the police. It is one of several instances where the film focuses more on the inter-character dynamics and atmosphere rather than gore and cheap scares to frighten the viewer. Though the movie does have its fair share of shocking reveals and gruesome killings, it downplays them and a few of the murders even take place off-screen.  The ones that are shown are quite iconic (death by unicorn, anyone?). And while there is a cat in the movie, at no point does it jump out at someone from out of a closet. Rather, it is used to lure two victims to the killer, thereby proving to be a much more integral and frightening part of the plot. A good deal of both tension and humour is derived from the crude language used throughout the movie. Much of it comes from the obscene caller (who may or may not be the same as the killer), using a couple of words unlikely to pass censors in this day and age. This is counteracted by sardonic sorority sister Barb (Margot Kidder) and even house mother Mrs. Mac (played by veteran Canadian stage actress Marian Waldman). Not coincidentally, both are irreverent boozers with a crude sense of humour, leading to some very funny situations and lines. From Barb’s assertion that “you can’t rape a townie” and calling her mother a “gold-plated whore” on the phone, to Mrs. Mac sighing that “these broads would hump the Leaning Tower of Pisa if they could get up there”. An example of the language use can be found in the following clip (also featuring Jess’ fashion-tacular sweater):

The script, partly rewritten by Clark from a draft by Roy Moore, has a good structure, a believable plot, compelling characters and plenty of humour, wit and intelligence. But it isn’t just the script that made Black Christmas a good movie. It benefits from a solid cast and an enthusiastic crew who tried to make the most of a limited budget. Clark stressed reality and believability in every aspect. There are no flashy shots, no wild musical cues, no over-the-top gore or action. Set and sound design and camera work are mostly subdued, resulting in an eerily effective atmosphere. Camera operator Bert Dunk designed a harness to strap a camera on his shoulder, allowing for realistic POV shots of the killer climbing a trellis, clambering down an attic door, and attacking his victims. In essence, he played the killer. This gave the viewer a never before experienced sense of being part of the killer, looking at his victims through his eyes.

No true appreciation of Black Christmas can be given without looking closer at the killer and the ending of the film. So if you haven’t seen the movie yet and want to avoid spoilers, you might want to skip this paragraph. As with the rest of the movie, Clark took a minimalistic approach to the killer. Though we are aware of him from the very beginning as he climbs inside the house in a ground-breaking POV shot, we never get to really see him or get to know him. We see little more than his shadow, his hands, and in one particularly terrifying scene his eye. Through his calls we come to understand his disturbed nature somewhat, that his name is Billy, he comes from an abusive family and has a sister named Agnes. But the details are purposefully left unsaid. Though Clark did invent a more elaborate backstory, it is up to the viewer to fill in the blanks. Throughout the movie, his motivations never become clear, but as he remains a realistic character he becomes all the more frightening. He is no superhuman and has no powers of regeneration or teleportation later killers seemed to have acquired, but is merely human. He might be a very disturbed, unfathomable individual, but still very much just human. At the end, Jess mistakes Peter for the killer and, fearing for her life, kills him. As the police are convinced that the killer has been stopped, they end the investigation. The movie ends with Jess lying alone in bed as the camera pans around the house. It stops at the attic door and slowly zooms in, revealing the killer to be still inside. Then the phone starts to ring. And as the credits roll, that is all we hear, the ever increasing sound of the phone ring. It is another little stroke of genius and further proof that minimalism can work very well in horror. This open ending would be no surprise to modern audiences that are used to sequels, but at the time of Black Christmas this was very unusual. 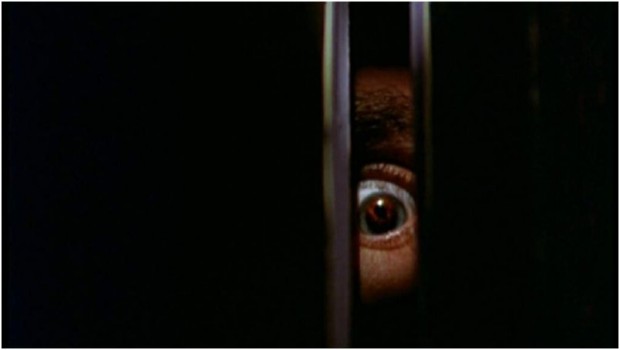 . In the 2000’s horror got a resurgence and a lot of classics were remade, such as The Texas Chainsaw Massacre

(2010). During that same period we saw the rise of the superhero movie and with it the misguided perception that every hero and villain needed an extensive origin story. This seeped through in horror movies, resulting in the demystification of killers such as Freddy Krueger and Michael Myers. This is even more so with Black Christmas, where a lot more is revealed about the killer, both about his personality as well as his appearance. Add to this the overreliance on violence and gore and the fact that most of its story elements are now genre clichés and the remake feels like a generic slasher. The original meanwhile retains its qualities and stands out among its peers. It is living proof that sometimes more is less and a bit of mystery goes a long way. In remaking these horror movies, the filmmakers erred by taking movies that were already classics and could barely be improved upon. They should have taken a page from John Carpenter’s book, who took a dated, middle-of-the-road B-movie and created the modern masterpiece The Thing

. It shows that originality is of great importance, even in remaking older movies. For more on this, also see our articles on Pacific Rim and the future of film.