, which was adapted in 1999 by screenwriter Jim Uhls and director David Fincher into the popular cult movie of the same name

. Those who have read more of Palahniuk’s work have probably noticed the similarities in style and themes in his novels. His writing is usually minimalist and direct, using repetitions and sudden breaks for emphasis, and includes many asides, obscure facts and weird anecdotes. It is fast and visceral, an attack on your senses and sensibilities. His characters are marginalized, outside of normal society, but looking for connections with others or to find themselves, in any way they can. And through it all, Palahniuk tries his best to shock, disturb and disgust us. The need for this seems so pathological that it makes you wonder what compels him to do so. 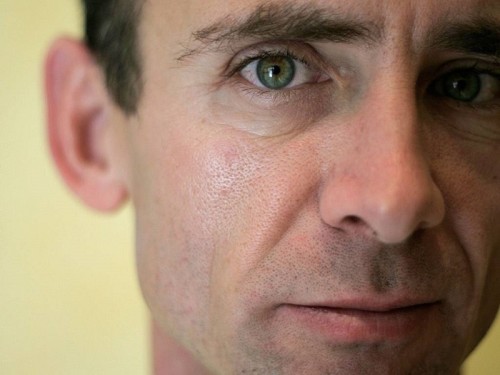 It may come as no surprise that Palahniuk has been through some disturbing things in his life. His grandfather shot and killed his grandmother and himself; his father and his new girlfriend were killed by her ex-husband; his mother died of cancer; and he himself once had a gun pointed to his head. Either of these should be enough to give anyone some dark thoughts and morbid fascinations. The problem is, most of these events happened after Palahniuk had already established himself as a writer. His father was killed in 1999, when he had already published two novels, Fight Club and Survivor

(1999), and written his third, Invisible Monsters

(1999). His mother’s death was only recently, when Palahniuk was writing his twelfth novel, Damned

(2011). Their deaths and his writing are connected, but really only in the fact that writing helped him cope with the tragedies. With the death of his father and his decision to push for the killer’s death penalty, he found solace in the writing of Lullaby

(2002). In an interview with Mother Jones magazine, he described writing as “a fantastic coping mechanism. It allows you to express all of your feelings through a different persona, to record and vent the feelings, like in a diary.” If the tragic events in his life had any influence on his writing, it was not in an attempt to shock, but to record.

There are many reasons to want to become a writer, whether it is to right societal wrongs, deal with inner demons, or simply to entertain. According to Palahniuk, his reason was very simple:

“Mr. Olsen in the fifth grade made me want to be a writer. He said, ‘Chuck, you do this really well. And this is much better than setting fires, so keep it up’. That made me a writer.”

At first, he tried his hand at journalism, graduating with a BA in journalism at the University of Oregon and working a couple of years at a local newspaper. Not finding any satisfaction with his job, he quite to become a diesel mechanic, where the only writing he did was on manuals. Only in his mid-thirties did he make his first attempts at fiction. He joined the writing workshop of minimalist Tom Spanbauer, where he was introduced to the work of his favourite author, Amy Hempel, and in particular her short story “The Harvest” (1987), which he describes as a story that will make you realise that “almost every other book you ever read will suck”. He took to Spanbauer’s and Hempel’s minimalist style, incorporating such elements as “burnt tongue” (a distracting way of saying something to draw the attention), “recording angel” (writing without passing any judgement) and writing “on the body” (using tangible and visceral details to provoke a gut reaction). You can easily and frequently find these elements in Palahniuk’s work. His writing style is conversationalist. As he said in an interview with The Guardian, “I like to cut to the chase. I try to tell a story the way someone would tell you a story in a bar, with the same kind of timing and pacing.”

Palahniuk is not only a teller of stories, he is also a collector. And it is not only in bars that he picks up these stories. He volunteered at a homeless shelter and a hospice, where he accompanied patients to support groups, helping him overcome his own fears of homelessness, sickness and death and giving him plenty of inspiration for his novels Fight Club and Choke

(2001). Many of the stories he gathered there and through friends and fans have made it into these and other novels. Palahniuk likes to interact with his fans and fellow writers, attending book readings, signings, and writing workshops. It is here that he gets some of his stories and ideas and has the possibility to bounce them off others and get feedback.

“My writing has to excite people and depict or include their experiences. That way, every time I go out socially, and people ask, “What are you working on?” and I tell them the premise, I end up illustrating it with anecdotes taken from hundreds of people. That’s part of my process—to go out and interact with people. It’s very much like an archival process. I understand that the Brothers Grimm would go out and get people talking so they could document folk tales that weren’t being documented any other way. I try to offer a little bit of myself—some experience from my life that evokes stories in other people.”

He has a very sober and unassuming outlook on his role as collector of stories, saying that “I don’t do much more than organise other people’s ideas and insights and thoughts and sort of harvest them, and inventory them and present them.” It is perhaps his background as a reporter which helped him approach his writing process in such a methodical manner and encouraged him to spend so much time researching, finding facts and exploring backgrounds. The fact that he has not abandoned his journalistic root is also evident in his publication of several collections of non-fiction stories.

Palahniuk revels in the effect his work can have on the reader or, in this case, listener.

“Now, I have seen the power that words can have, the power they do have. I love the power of words – no music or special effects – and I want to demonstrate that power.“

Not only can those words entertain or shock the audience, it can also empower them. According to Palahniuk, the public readings of “Guts” have prompted even more people to come up to him and tell him their weirdest stories, as “I’ve shown them that you can use these awful things that happened to you rather than be used by them.” 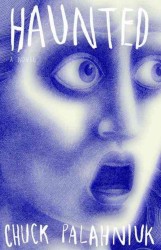 (2005), a collection of horror tales framed within a story about a group of aspiring writers on a writers’ retreat. Each of the writers are unmistakably Palahniuk characters, twisted individuals seeking fame and riches in order to either find peace with or to transform themselves, and the stories they present are suitably horrific. However, Palahniuk is not content to leave it at that, but makes the framing story perhaps the most gruesome of all. The aspiring writers are trapped in an abandoned theatre, and as their supplies run out and madness sets in, they resort to sabotage, mutilation, suicide, murder and cannibalism. As justification for their actions, the writers think that the story of their imprisonment, suffering and eventual escape will be better than anything they can write themselves. Each believes themselves to be the main character and they not only have to survive in the end, but also suffer the most. When finally they get the opportunity to leave the theatre, they refuse as their story is not yet finished.

Haunted is a good example of Palahniuk’s work, as it gives us not one, but two dozen stories filled with his usual themes of self-destruction, sexual deviancy, illness, death, and the inability to fit in with normal society. These are themes that speak to a lot of people and had a role in Palahniuk’s life as well as he overcame his own fears and struggles. It is in this context that he places his stories and finds motivation to write them.

“I figure if you can play on the basis of something that really scares people like fights or terminal illness. If you go right up to it and laugh at it, and have fun around it, and really disempower it by doing that, then that’s the greatest thing you can do. I can make people laugh about death, laugh about fights, laugh about pain, then I’ve done my little thing for the world. I finally feel complete and liberated.”

He found inspiration in the short stories of Edgar Allan Poe, who “was so good at writing stories that exploited the unspoken horrors of his day”. Like Poe, and the brothers Grimm before him, Palahniuk wants his readers to confront and overcome their fears, and he believes there is no better medium than the written word.

“The fact is, books can be the most cutting-edge of our media. They’re consensual – like Fight Club was. No one has to broadcast them on television or radio. No, you must make an effort to read them. So books can deal with stories that other mass media never could. Yet, we waste this freedom; we write nice books. Well, my goal is to use the freedom. I will stand at the opposite side of the spectrum from Rosamund Pilcher (who my mom loves) and write about dark, funny stuff. Because I can.”

Whether Palahniuk is successful in helping us overcome our fears, or only instils us with more dread and anxiety, differs from person to person and from novel to novel. And whether you find his work entertaining and moving, or merely superficial and sensationalist, is also a matter of personal preference. What can hardly be denied is the impact he has on his reader. Love him or hate him, he has an effect on you. In that he always succeeds.

“My goal is always to make you laugh, make you feel something in your stomach, and finally, to break your heart.“ 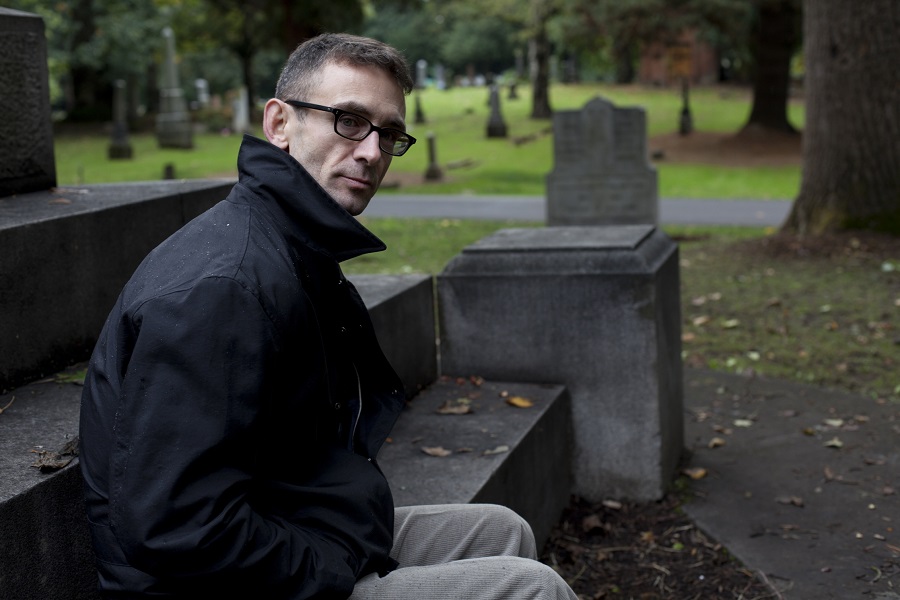